The gold price today and yesterday

Over the centuries there has been a mystical fascination with the hypnotic beauty of gold.

Kings and queens would adorn themselves with unique pieces carved in gold, even making dresses with this exotic metal, signifying majesty and wealth.

Coins, commercial exchanges, jewellery, gifts and much more, have been crafted with the precious metal. Over the years the use of gold has been diversified, becoming a fundamental part of the development and evolution of man in society, with all the benefits that it offers.

Due to the level of importance it has and the emotional value that we have placed in this fascinating metal, this article explores the history of gold.

Take a tour of curious facts gleaned from history, and discover some of the reasons why gold lovers choose to give this metal a significant value and a special role.

Gold is a precious metal, with its distinctive bright, golden color.

For many it is known as the King of Metals, located on the periodic table in group 11 with the symbol Au (which comes from the Latin aurum, meaning bright dawn), and its atomic number is 79.

Gold is a particularly precious metal owing to its unique physical properties, which are very important in the industry. It has a low melting point, it is very malleable and ductile, so it can be crafted finely and intricately.

It can be found in its purest form. But its high value comes purely from the rarity of gold and the difficulty of finding it in our natural world.

Gold represents economic power in heraldry and is undoubtedly a symbol of vanity.

Where Does Gold Come From?

If you have wondered where gold comes from, we follow the path of its discovery. Here we can learn about the fascination surrounding gold, and uncover what is known of its mysterious origins, since by its very nature it is unknown exactly where it comes from.

Scientists have a theory that describes its existence going back to the heart of stars in a supernova state. This theory indicates that, when it is impossible to fuse the elements that make up their interior, the outer layers of the stars collapse and create a massive explosion that ejects mass throughout the universe. The inevitable fall out from the core of the star compresses it, causing the iron atoms to fuse one last time, creating gold, among other elements.

Currently a study points to a new theory that gold may have been created from the collision of two neutron stars.

Both theories give a unique value to gold, since from its formation, according to the theories, its sources are extraordinary.

Gold in the History of Our World

The brilliant, bright and enduring colour of gold has made it one of the most coveted metals by man since humans inhabited earth. However, details of the transition of man between the stone and metal era are largely unknown. Gold is believed to have been one of the first metals that man worked, thanks to its purity.

In ancient times, Sumerian people were at the forefront of early civilization to demonstrate the work of jewellery pieces. Their attention to perfection produced results similar to those obtained with modern techniques.

The empire of Egypt acquired its great splendour, power and wealth thanks to the country’s abundant gold deposits. The meaning of gold for the Egyptians was both cultural and religious. In their culture gold was directly linked with the god Ra, the sun god, and since Pharaoh is a son of the gods the association with the sun was made.

In Athens gold was the currency of the nation. When defeating the Persians a gold tribute had to be paid.

In the realms of religion gold has long had great importance. Many gods of antiquity were made from gold, since this designated immortality. In the Bible we can read that the people of Israel made a golden calf to worship as a god in the absence of Moses. Then he wrote on stone tablets the 10 commandments. ‘Thou shalt have no other God before me.’

There are so many areas of life where gold is present. Plato said that the male sex was, in its beginnings, the son of gold!

In Asia the roofs of temples are covered in gold. Marco Polo claimed to have seen houses with gold roofs in Cipango in Japan.

The Roman empire also sent its armies in search of gold around the world.

Spain sent its conquerors in search of gold in 1492 after the discovery of America, giving rise to the legend El Dorado and the first Gold Rush.

In 1557 amalgamation, which is a process to extract gold or silver from minerals with little content in those metals, was discovered by accident by a German who worked in the Spanish mines of Almaden.

Interior of the Church of the Savior on Spilled Blood in St. Petersburg, Russia

And in San Francisco the Gold Rush began following a river discovery on January 24, 1848. James Marshal found gold in the Sacramento River. Everyone wanted some.

Far away in South Africa, brothers Frederick and Henry Struben began gold mining in the Witwatersrand Mountains in 1883, and as a result managed to mine two kilos of pure gold.

Currently, its use and the mining of gold has spread throughout the world. It is extracted by leaching with cyanide, but also some gold prospectors take it directly from the rivers in the form of nuggets, using the trough technique.

Mining has had a large impact on nature, but the highly coveted metal forever remains a sought-after treasure. By 2014 a total of 2,860 metric tons of fine gold was recorded, with the number one producer in China, followed by Australia and Russia. The amount of gold mined is very important in the price of gold

The Use of Gold Today.

Modern man enjoys the advantages of gold, not only in showing off its brilliance in jewellery for vanity, but also in other areas, giving it different applications including for medical purposes. Here are some examples of the many uses of this precious and intriguing metal

Why is Gold so Valuable?

Gold fulfills four characteristics that are generally accepted. Therefore a piece of gold can be used as money or as a means of payment. Here is why gold is so often sought after.

The role of gold in the economy and the fulfillment of these characteristics has given it the power that comes from determining the economic value of things. Many countries have gold as an international reference for wealth. It has in some ways been replaced by other economic elements. But gold never loses its appeal. As William Shakespeare wrote in the Merchant of Venice in 1596: ‘All that glisters is not gold.’

Today it is still possible to measure the amount of wealth of a person, company or country by their assigned value of gold. 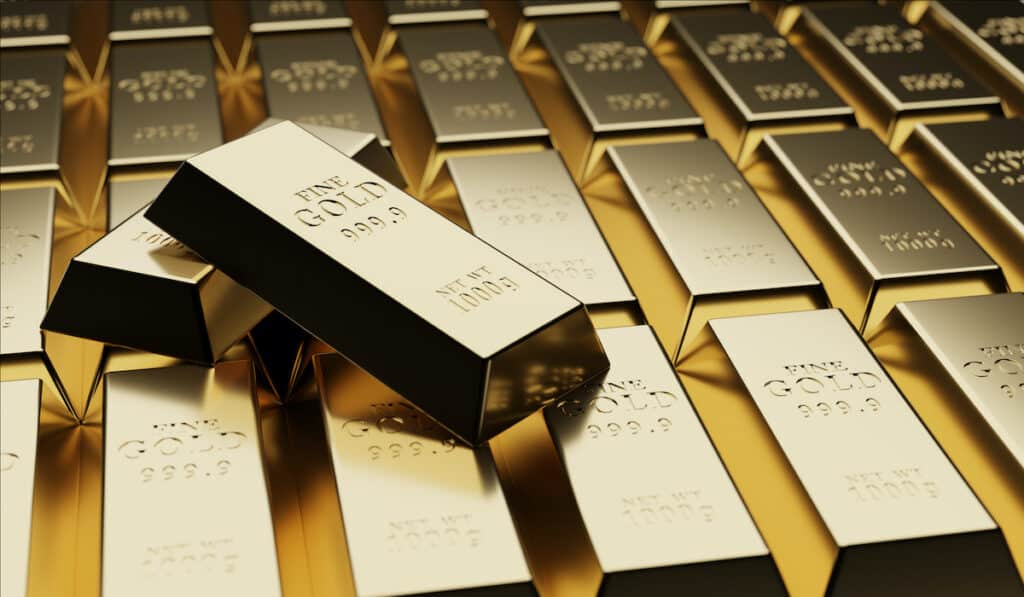 But before it was given the value of money in society, gold was valued as a precious jewel and became a badge of class and status.

From the beginning of humanity gold has had a religious use, as it was believed to be a representation of the gods. With its high value and desirability, gold had a definite and enduring currency.

So now we know how gold represents greatness, wealth, purity, exclusivity and prestige. For these reasons gold is a precious metal of great value to man.

Here are some interesting stories about gold and its technical, scientific and popular uses.

We wanted to introduce some curious facts, to understand a little more about this wonderful metal.

*We all have dissolved gold in our bodies, but in tenths of milligrams. It can only be observed at microscopic level.

*There is gold in our oceans. It is calculated that for every litre of ocean water there is 13 billionths of a gram of gold.

*In 800 AD an Iranian discovered that by mixing nitric acid and hydrochloric acid he could produce a corrosive substance capable of dissolving gold. This substance is called agua regia. 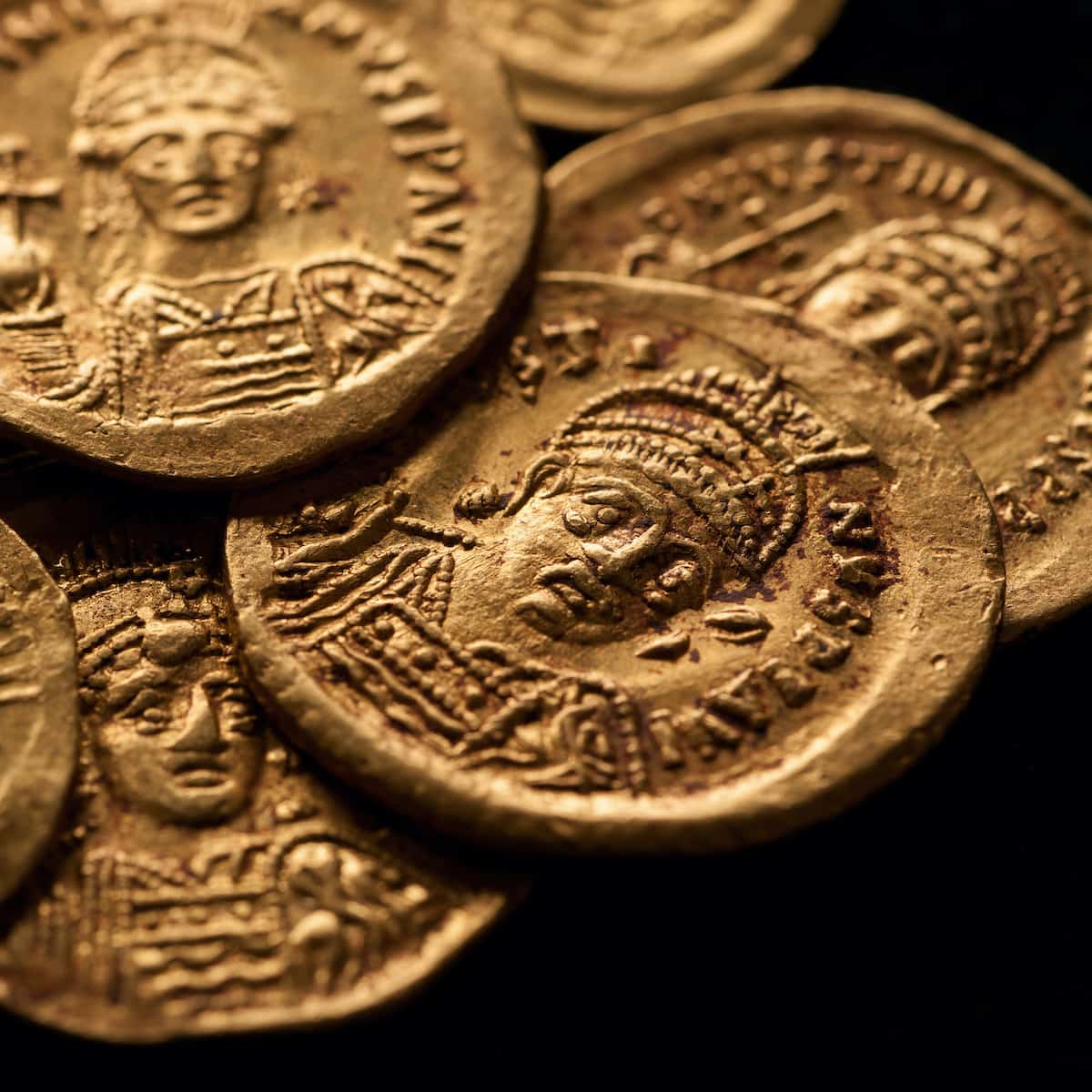 *Gold provides benefits in cancer chemotherapy treatments, with this at an early stage of development. The method is called Plasmonic Oncology.

*Gold is an inert material. Therefore it does not rust and it does not irritate the skin.

*In some cultures gold is ingested.

*The unit of measurement for gold is carat, a word that comes from the Middle East where it was used by merchants to weigh carob seeds.

*The Olympic gold medal only contains one per cent of gold.

*In Dubai there are ATMs where you can withdraw gold.

*The vast majority of gold on earth is found in its core.

Gold as a Piece of Jewelry

As we have seen throughout history, gold has been the base metal used in the manufacture of fine and exotic pieces of jewellery for many thousands of years.

It does not go out of style, the designs and trends change, but its value does not.

Earrings, watches, bracelets, chokers, crowns, rings and an assortment of other pieces of jewellery have been, are, and will continue to be created from gold, thus creating a look that is both exclusive, beautiful and desirable. And which undoubtedly will ensure an enduring value that is much more than economic as we enjoy these precious treasures.

Are you looking for…?

Looking for something special?

Open chat
We use cookies to ensure that we give you the best experience on our website. If you continue to use this site we will assume that you are happy with it.Ok